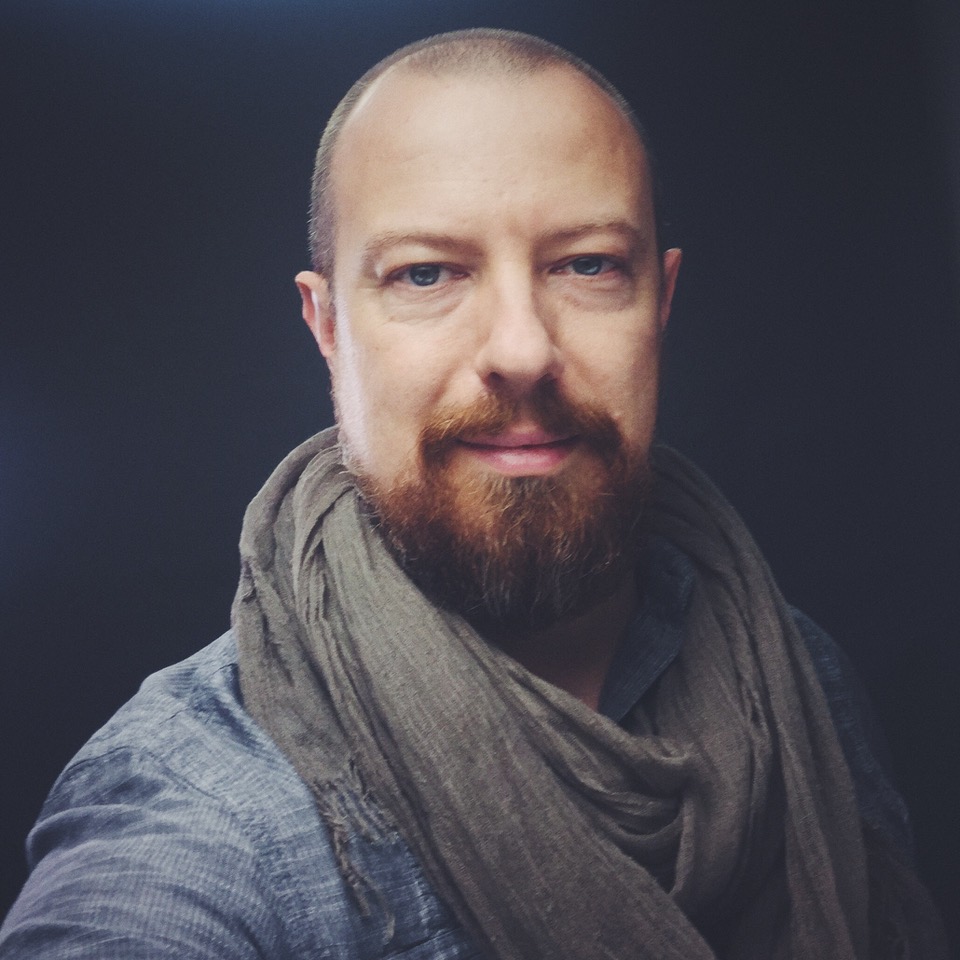 Processed with VSCOcam with f2 preset

I know Joseph Linaschke aka PhotoJoseph for quite a few years now, when he was at Apple, he worked not only on Aperture application. I admire his work and photos. Joseph lives in Ashland, Oregon and amongst his customers belong global corporations, rock stars or local restaurants and hotels. Besides photography, he dedicates his time also to e-learning, runs photographic workshops and various trainings. According to Joseph, Aperture was a great application and currently it could have been a good competition to Adobe Lightroom. However Apple canceled the product development entirely and its replacement should be Photos. Is it really like that? Can iPad Pro replace a computer to all creatives?

Joseph, you have been running an online education since 2010, when you left your job at Apple. How do you feel after 8 years as a freelancer?

Incredible! It’s been a long hard road, obviously, with lots of ups and downs, but I wouldn’t have it any other way. Being in control of my own destiny is one of the greatest feelings of my career, ever. The only thing I really miss is the camaraderie of working with a team. I do have an employee now so that helps, but I do still miss working with so many talented people. Also, I no longer am a “freelancer”. I’m actually an employee of my own company. That’s progress! 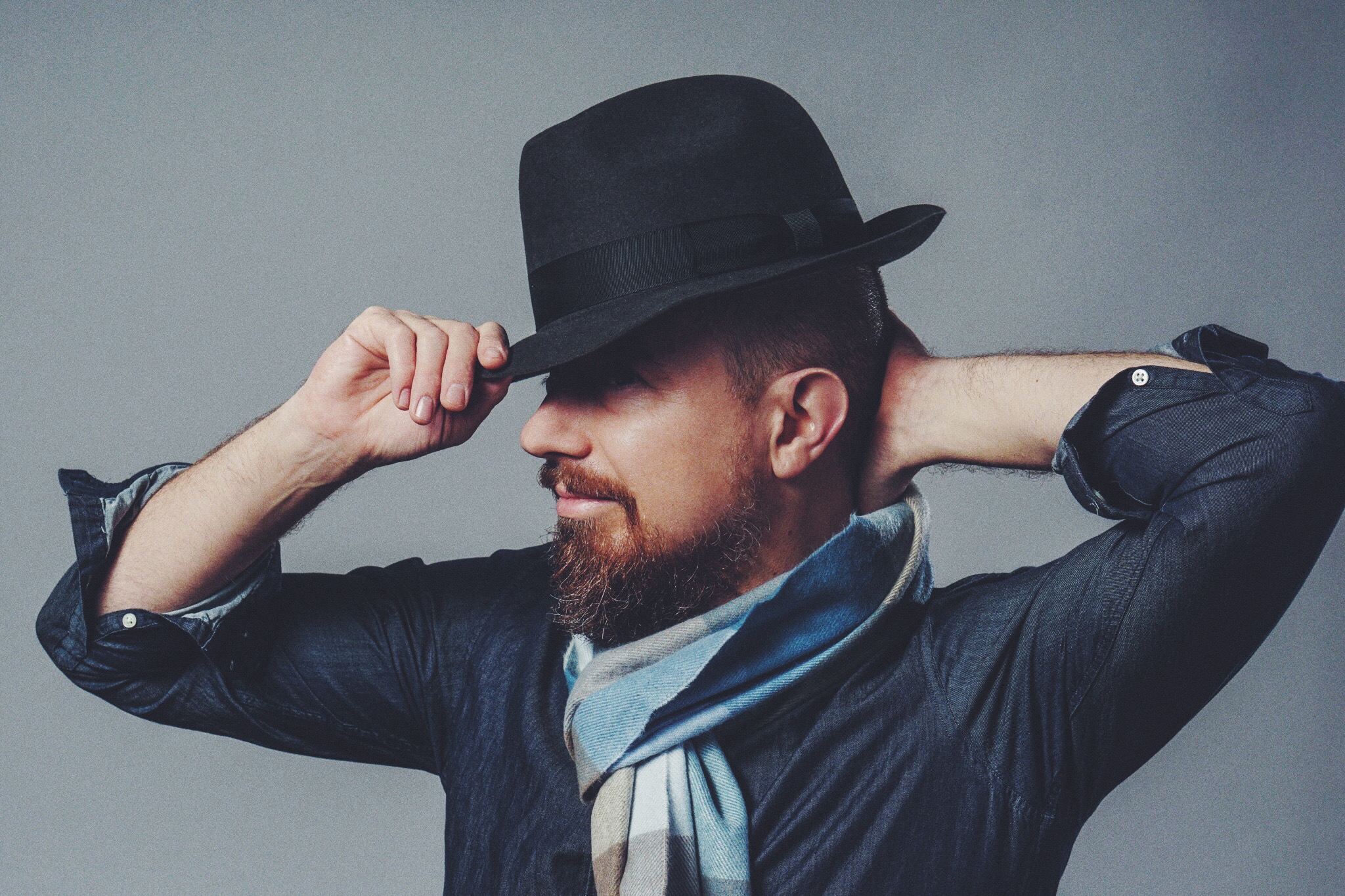 You have been extremely active Aperture trainer. How do you feel about Apple discontinuing this great software today?

This was a long time ago now, but it still hurts. I put a lot to my heart and soul into that product, both while at Apple and since leaving. Aperture was a really great app, so it’s a shame that they killed it. It could have been updated and still be competing strongly with Lightroom, but oh well.

From your point of view, could Apple Photos replace Aperture? Or do you prefer any other alternatives?

No, not any more. When Photos was first released, I believed that it would eventually be as powerful as Aperture. But now it’s apparent that this will never happen. Photos has some amazing features and it’s truly a great app for its intended market, but it is NOT an Aperture replacement. That responsibility has been handed off to Lightroom (for me). There are other options too, like ON1 Photo RAW and Capture One, and Skylum (formerly Macphun) is supposedly working on one, too.

Your website started as ApertureExpert.com. But from this point almost everything changed. Could you describe your life journey to our readers?

When I left Apple, ApertureExpert was born shortly after and quickly grew into the web’s #1 resource for Aperture users. I was really proud of that achievement. But of course when Apple killed Aperture, it had to change. At first I decided to focus entirely on the “replacement”, Apple Photos, but it didn’t take long to realize that was not really going to be a real replacement for Aperture. The site then shifted again, becoming PhotoApps.Expert and a resource for any photo app, and that as great for a few years. It still does that, but about two years ago I started a YouTube show called “Photo Joseph’s Photo Moment”, which is photo/video technique and hardware based, which was operating separately from the PhotoApps.Expert website. Just earlier this year I decided to merge those two brands and simply call the site “PhotoJoseph.com”, which is what it is today. It’s now a resource for both photo/video apps and hardware and technique, and I think this was a good move.

You are running a successful online training program for many different apps. Could you compare the popularity of photo and video apps?

There’s no questions that Lightroom is the dominant force here for advanced users, and Photos is doing very well for the amateur/enthusiast market. Lightroom CC, the new cloud based version is very interesting. It started out as essentially a competitor to Apple Photos, but is very quickly growing in feature set to be a replacement for Lightroom Classic. That is clearly the intention of Adobe, and they’re doing a great job making it happen quickly. The other big apps — ON1 Photo RAW and Capture One, currently — are doing well and definitely have their fans, but based on the popularity of articles on my site, Lightroom is pretty clearly the king.

Your website https://photojoseph.com offers many webinars, videos to download and a membership as well. Could you reveal what kind of product is the most popular?

It’s really a mixed bag… the Photo Moments video series is quite popular. Written tips are becoming less popular, but I still post them occasionally because I know many people do prefer to read than watch a video. The Live Training, which live behind the Membership pay wall, are a much longer form training so understandably aren’t as popular, but those are what makes the site money. The latest addition to the site, available to members only is the “Business of the Business” interview series, where I interview photographers, filmmakers, YouTuber and other content creators about the business aspect of their business. How did they grow their business, and how do they actually make money? This has just begun but I expect it to be quite popular.

What is the future of online education from your perspective?

Growth, growth, growth. People are hungry for knowledge. And as there is more and more education, or “education” on resources like Youtube, it becomes harder and harder to find the truly good stuff. This is why sites like LinkedInLearning.com (lynda.com) do so well. Some people are happy digging through countless hours of YouTube videos trying to find a few gems, but getting it for free, and others would rather pay some money and have easy access to quality training. This is why I do both, because the future is clearly open for both sides. 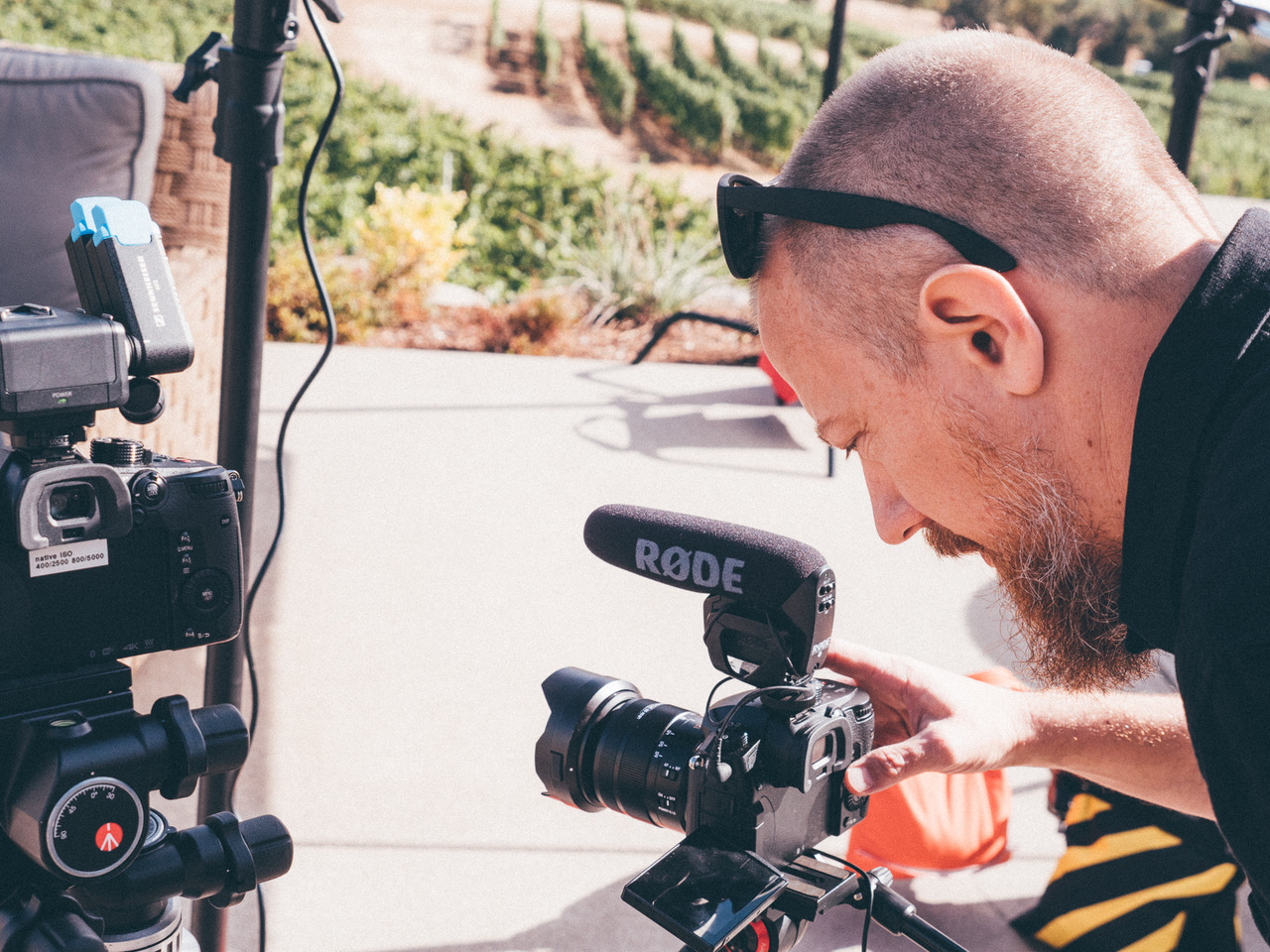 I know that you are using Mac and iPad as well. Could you explain what device for what kind of work is better for you and why?

It just depends on the task. I love working on iOS, but it’s not as flexible as macOS, and on macOS I can do a lot more at once — and more quickly. That said, I’m writing this on my iPad! I do a lot of my daily email on the iPad, and some photo editing on the iPad, then most video editing on the iMac. I love the portability of the iPad of course and love when I can leave my laptop behind, which is more and more often.

Could you imagine full replacement of computer by iPad Pro for creative community? What are you are missing on iPad now?

That’s a very hard thing to imagine. There is a fundamental challenge that I don’t know how to solve — no one does — that separates touch from mouse interaction. Think about this… when you want to click and drag on something in macOS or Windows, you move the mouse to it, press down and hold on the mouse button, and continue moving the mouse. You can do this in one quick, smooth move. But with touch you have to move your finger to the object, and either touch the screen to select it then touch it again to “grab” it, or touch and hold for a moment to grab it, then move it. It’s either an extra step or a longer step. This doesn’t seem like a big deal, but multiple this by 10,000 clicks per day, and it’s a REALLY BIG deal. You can’t just touch and drag quickly because that translates as dragging the screen, something we’ve been trained to do since the first iPhone. We need to be re-trained, so that a one finger drag is the same as click and drag now, and a multi-finger drag moves the screen. Which would be fine on a larger device, but not on a small screen like an iPhone. So that’s not the answer — but I don’t know what is the answer, either.

What is the biggest Apple’s advantage for photography and video editing today?

That’s easy — it’s the ecosystem. The fact that you can take a photo on your iPhone, and within seconds it’s on your iPad, desktop, laptop, Apple TV… that’s pretty great. Of course this integration isn’t perfect but that question is next! Plus, while some people may consider this a weakness, I think that the control Apple enforces over its apps and the App Store is ultimately a good thing. Yes, it does make it harder for a new camera, photo editing, video manipulation, etc. app to show up on the store, but it means as consumers we’re not wasting our time downloading apps that don’t work, or worse, are malicious. I don’t need 100,000 apps to work on photos if half of them won’t work. I’d rather have a smaller selection of apps that I know will work every time.

What should Apple improve to be better for creatives?

Sync. Seriously… cloud services have never been Apple’s forte. Remember iCloud? Yikes. This is something that Apple, even to this day, needs to get better at. A LOT better. If you’ve used Google or even Adobe’s cloud services, you know how much better it can be. It’s pretty ridiculous to take a photo on your iPhone, then 20 seconds later want to edit the photo, and have to wait for it to download! Or, not be able to force a collection of photos to stay on your device. Have you ever been on a plane and wanted to edit photos from a trip you were just on, but aren’t able to because they have synced to the cloud… yet you still have plenty of space on your device, so there’s no reason these aren’t there? Yeah, experiences like that will make you give up on Photos. This isn’t even about a pro experience. It’s about the system just working the way it is supposed to, but too often it doesn’t. It’s getting better — definitely. But it still has a long way to go. 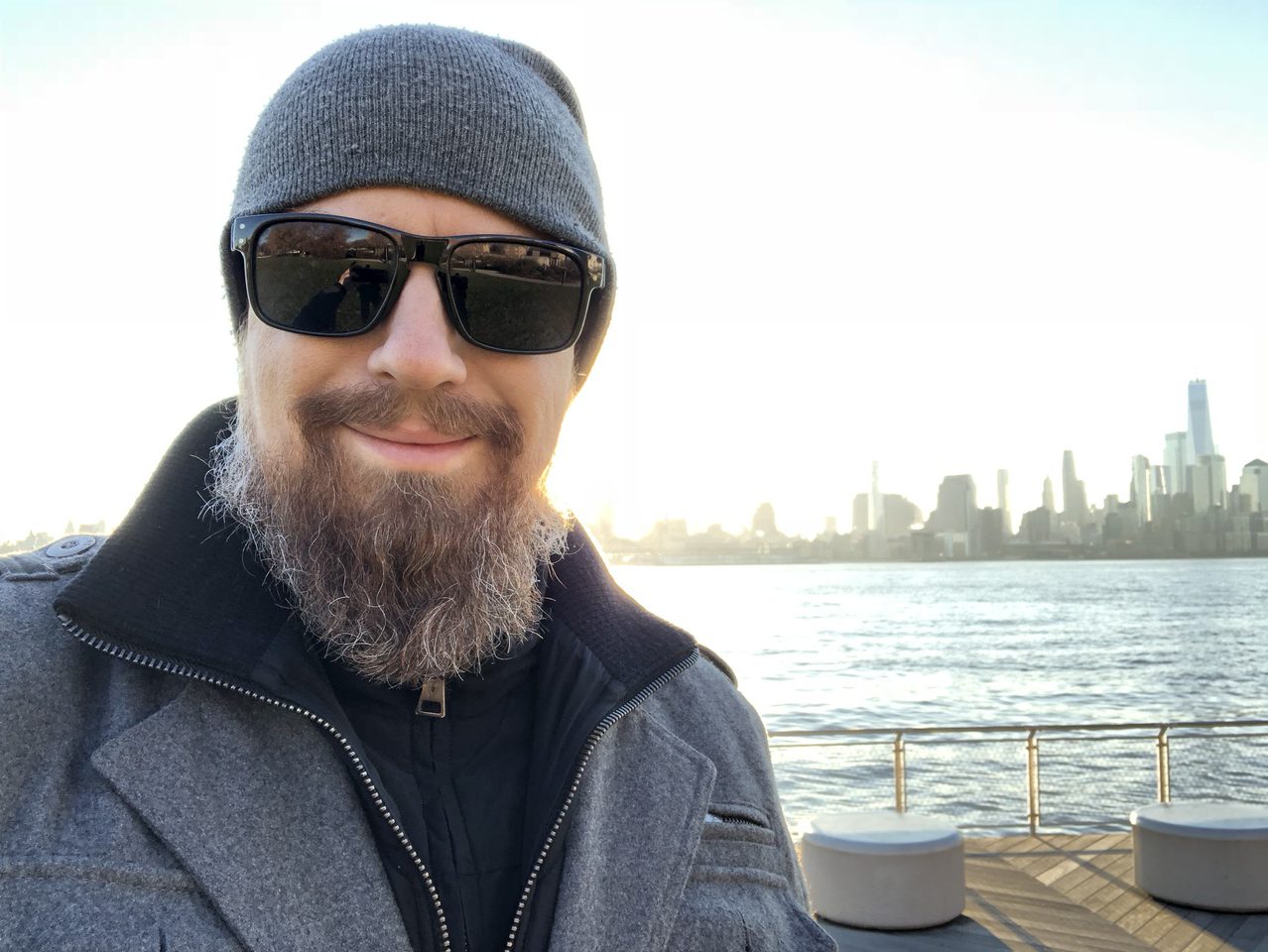 Joseph “PhotoJoseph” Linaschke is a content creator, educator and YouTuber — he’s been shooting since the age of seven, teaching and presenting on stage to audiences around the globe for over 20 years, and runs an online resource for photo and video education at photojoseph.com

Following an eight-year tenure at Apple as the lead presenter, producer and photographer for the Professional Applications Division, he stepped out on his own in 2009 to pursue all things photography. Today you can find PhotoJoseph shooting still and video productions for clients ranging from global corporations and international rock stars to local restaurants and hotels in his home town of Ashland, Oregon… speaking to schools and educators around the world on integrating photography and digital storytelling into the classroom,  turning the camera into a powerful learning tool… teaching workshops on photography in person and online on lynda.com… and every weekday, LIVE at YouTube.com/PhotoJoseph at 9:30am Pacific for PhotoJoseph’s Photo Moment!

You can find PhotoJoseph online as @PhotoJoseph just about everywhere… Twitter, Facebook, Instagram — you name it, it’s @PhotoJoseph! You can also view a summary of all of Joseph’s projects at Joseph.info. 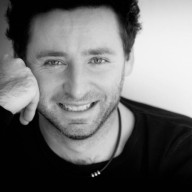 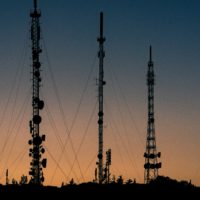 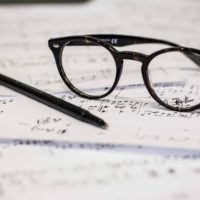 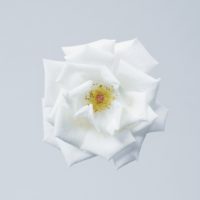 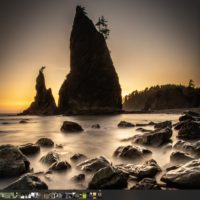